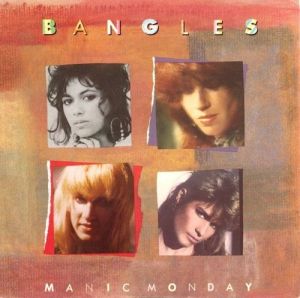 It’s one of those days. I woke up with a start, the alarm buzzer was what woke me, dragging me kicking and screaming out of the deepest slumber I’ve had in a very long time. A deep sleep the kind that feels like it was medicated, but not. Just the usual tiredness that comes with being a parent! It’s been a very long time since the alarm has woken me. None of us were awake, not even little A. He grumbled as much as I did upon being woken. Rubbing the sleep out of our eyes we all trudged downstairs. Bottle for him, coffee for us. Followed by porridge for all three, and of course the prerequisite bowl of berries for little A because I mean who eats porridge without eating berries as a starter?! Adding them into porridge, that’s amateur and frankly not good enough. One year old logic there!

We managed to get out the door and on the road with time to spare. Chats in the car, dah, dah, dah, yeph that’s a bird, dahhh, yeah a car, dah DAH, hmmm I’m not sure what you’re pointing at. Into creche, and suddenly sullen. He loves the place and this has never happened before. Hello’s were exchanged, half smiles came out, beaming smiles from the girls, the coat came off and was hung up. Chat of the weekend and the excitement of first steps then he was handed over to one of the girls and the tears flowed. Unlike anything I had seen before. He has been quite clingy of late with both MR WSQ and myself but this was a new level. I didn’t know what to do, I gave him another cuddle, tried the usual tactics of distraction while he calmed down, then I handed him over. I was wrong, this time was worse, I had made it worse, I could do nothing but I  leave. I knew he’d be ok in a while. But the anxiety and guilt of leaving him took over, I reasoned with myself, he loves the place and the girls, he’s like this even with his own Granny sometimes! It will be ok. He will be more than ok. I called to check on him as I pulled in to get another morning coffee. He was fine, all tears dried up when he had a piece of toast. Apparently food cures all. With that logic I ordered a Pain Au Chocolat. This week is off to a shaky start and it’s only lunchtime.

The guilt of leaving your baby never abates, some days it hides, while others like today hits you right between the eyes. No matter what I remind myself that I’m doing the best thing for him, for me, for our family.

In the meantime I’ll continue to pretend I’m an adult, plowing through the barrage of emails and calls all while listening to the Bangles ‘Manic Monday’. Hope you are having a slightly less chaotic Monday!

2 thoughts on “Just another manic Monday”